This is one city that’s always been on my list, and this weekend just gone I had the pleasure of spending it there with my beautiful Lil Miss Planet. Everyone I have spoken to tells me how different the Americans from east coast are from those on the west, they weren’t wrong. There certainly was the US feel about the place but it was nothing like L.A.

We arrived in to LaGuardia airport which isn’t too far from downtown NYC, though unfortunately there’s no easy public transport (i.e., high-speed train), however we jumped on a bus that took us to a Subway station and from there it was too easy to make our way to our hotel. We went one stop too far but a gentle stroll along the street was a nice introduction to the hustle and bustle of the city that never sleeps.

We checked into The Wellington, conveniently located a stones throw from Times Square, the hotel was nothing special but it was safe, reasonably priced and somewhere to rest our heads at night. After dropping off our bags we made our way down to Times Square to take photos and see what all the fuss was about, I’m not exactly sure why it’s called Times Square when I’d say it’s more in the shape of an X, though I’m sure there’s a perfectly valid reason. 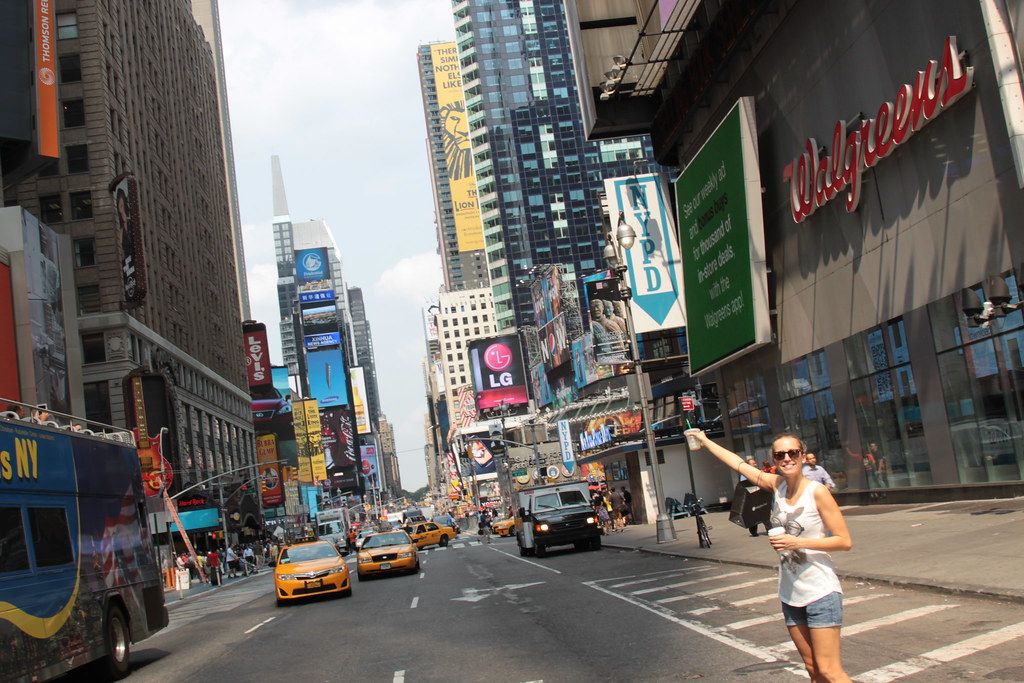 From there we made our way down to Brooklyn Bridge, took some photos and grabbed a bite to eat and continued on to the financial district. We found that the NYSE is (and has been for the past 11 years) fenced off with a constant police presence; curious as to what the police were doing there they told us that ever since 9/11 (or 11/9 depending on where you’re from..) they have surrounded the stock exchange amid fear of another attack. How long they’ll remain? No idea. From there we saw the Charging Bull and rubbed his balls for good luck then continued on to the World Trade Centre memorial. You need to plan this ahead if you want to actually get in to see the memorial, but just being in the area was enough. The Trinity Church that stands only a couple of blocks away was of great significance after the attack, a detail I learnt on my trip having been previously rather unaware as to many of the details surrounding the day; on our way from the Brooklyn Bridge to the financial district I saw the church and wondered what it was but paid little attention to it, later in the trip our friends filled us in. We grabbed a pint of cider at O’Hara’s just opposite the memorial where one of the fire fighters of the day works, they had a book full of photos and memorabilia with letters and poems from people, the walls were covered with patches of emergency workers from all over the country. 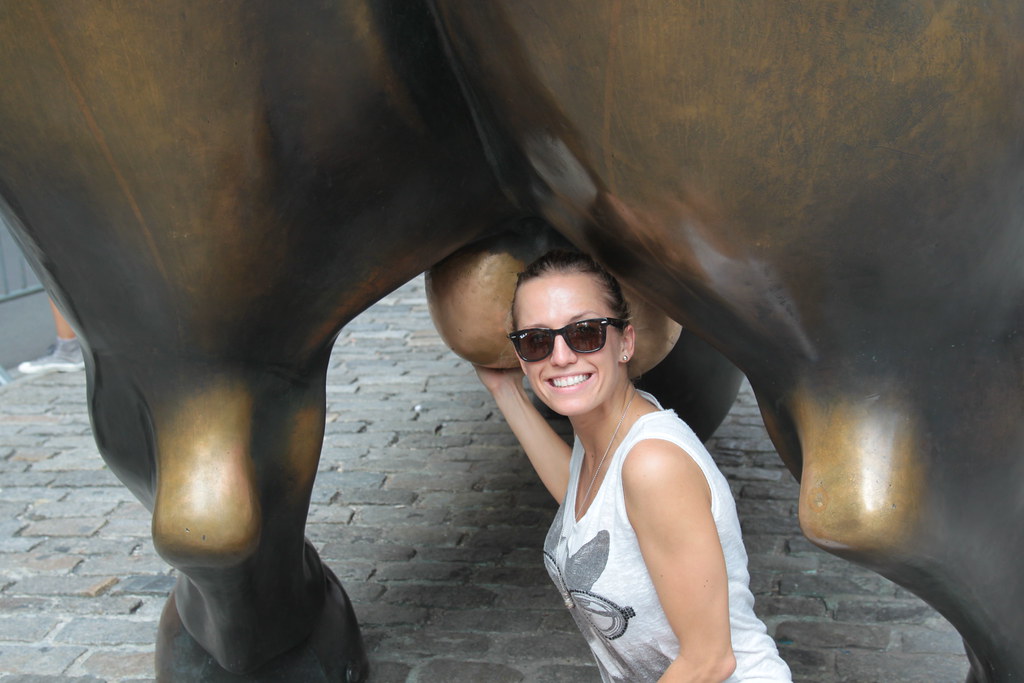 As we were heading out to make our way towards the Meatpacking district we came across some street performers who were highly entertaining performing a dance routine and jumping over people, much like they send monster trucks flying over dead school buses, but fortunately (for the five audience members who were brought forward as props) they managed to clear them all. 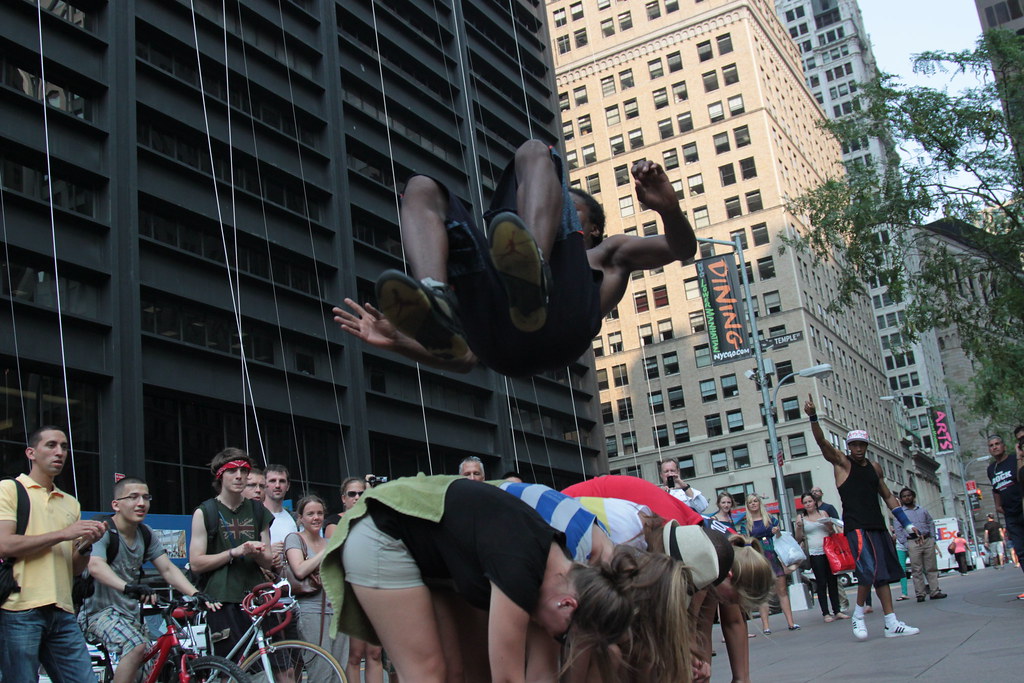 Running out of time to meet our friends for dinner we jumped on the Subway towards the Meatpacking district, some people say the Subway is dirty, old, ugly, it’s by no means an attractive space but it’s functional and practical, it is what it needs to be and nothing more, about all you’d want from a public transport service.

Arriving in the Meatpacking district it had a cool feel to it, feeling a little bit like the inner northern parts of Melbourne: Brunswick, Collingwood, etc… We walked around a bit and did a bit of shopping before going for dinner and a drink at Spice Market. It’s a beautiful restaurant in an attractive part of town, the food was perfect and the drinks selection was splendid.

After dinner we made our way to Union Square, did a little shopping and grabbed a caipirinha at a café near by before continuing a little bar crawl back to the hotel, unfortunately the caipirinha tasted like they just squeezed three whole limes into a glass and added a splash of cachaça, not very pleasant but pushed through.

From there we made our way up Broadway and stopped in at Wined Up above Punch Restaurant, not disappointed, the whole back wall was covered in wine racks, the selection was grand and the service was friendly. 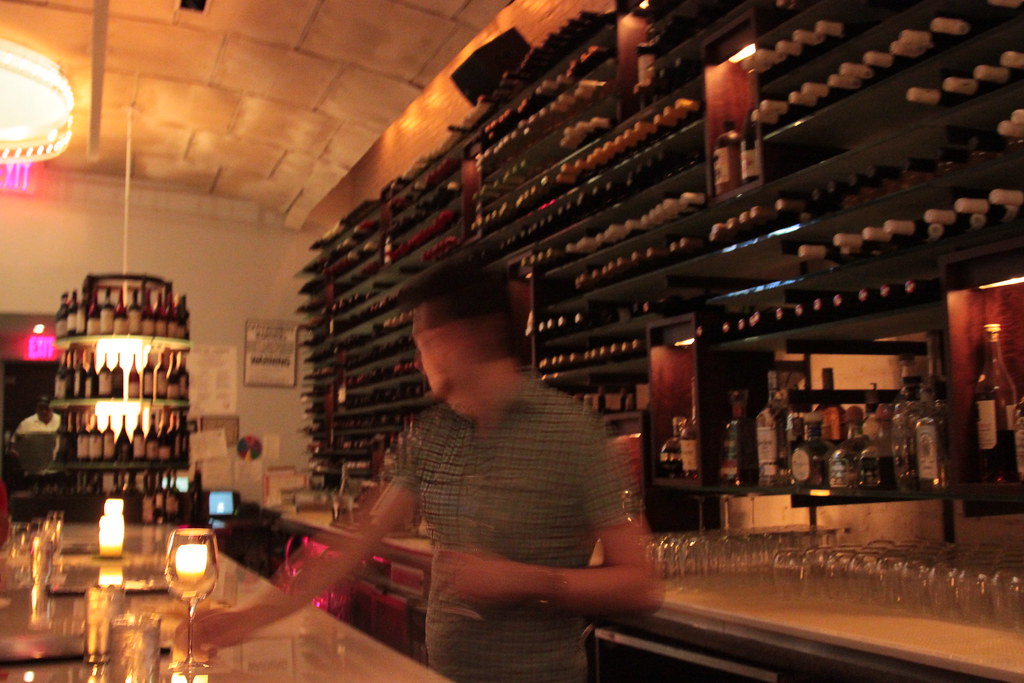 Being true to the rules of a bar crawl we continued on after our first drink and stopped in The John Dory Oyster bar not really knowing what to expect. Upon walking in we were greeted with a very oceanic essence, after one drink we consulted the drinks menu to see if there was any shooters worth trying before we hit the road. We were in luck, they happened to have Oyster shooters, I couldn’t tell you what was in them but they were topped with fresh oysters and tasted delicious!

After that we decided to call it a night and made our way back to the hotel. Times Square is almost casino-esque in the fact that it never gets dark and standing in the middle of it without looking up at the sky you would have trouble determining what time of day it was.

Started rather earlier with a breakfast at a local cafe that isn’t really worth a mention. We spent the majority of the day wandering around the city and taking in the sights, and a lot of shopping before we went to see the Lion King.

A couple of hours before the show we went to a restaurant recommended to us by friends call the Russian Vodka Room. It was fairly nondescript, you would miss it unless you were actually looking for it. Inside was dark, but inviting; there was a piano (unfortunately no pianist) and a large bar with a delightful selection of vodka. We had pirozhki to start with and a beef stroganoff with kasha for main, sided with various delicious vodka-based cocktails. 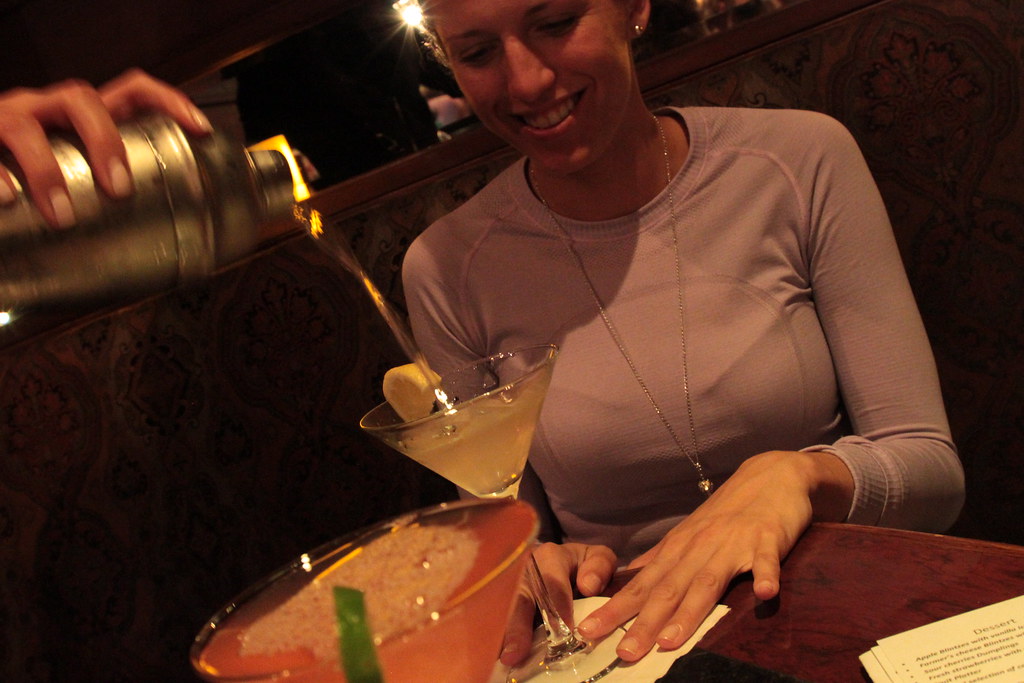 Back to the hotel for a quick shower and change and we were off to see the show at the Mirvish theatre. Having seen it in Melbourne I partially knew what to except, unfortunately there were some adjustments made to the one I had seen that just seemed out of place and took away from the special feeling you get from the story. I don’t know what man-power has to do with lions, Africa or ones quest to find their inner self.

We had a night cap at one of the local Irish pubs before calling it a night.

We allowed ourselves to sleep in on this day after a couple of hectic days wandering around the city, but when we did finally get up we checked out, left our bags with the bell boy and headed out for another day of adventure. Starting with Top of the Rock for an amazing view of the city (we were blessed, luckily, with another beautiful day), then to Grand Central Station to take some pictures, then to the best store in the entire world. 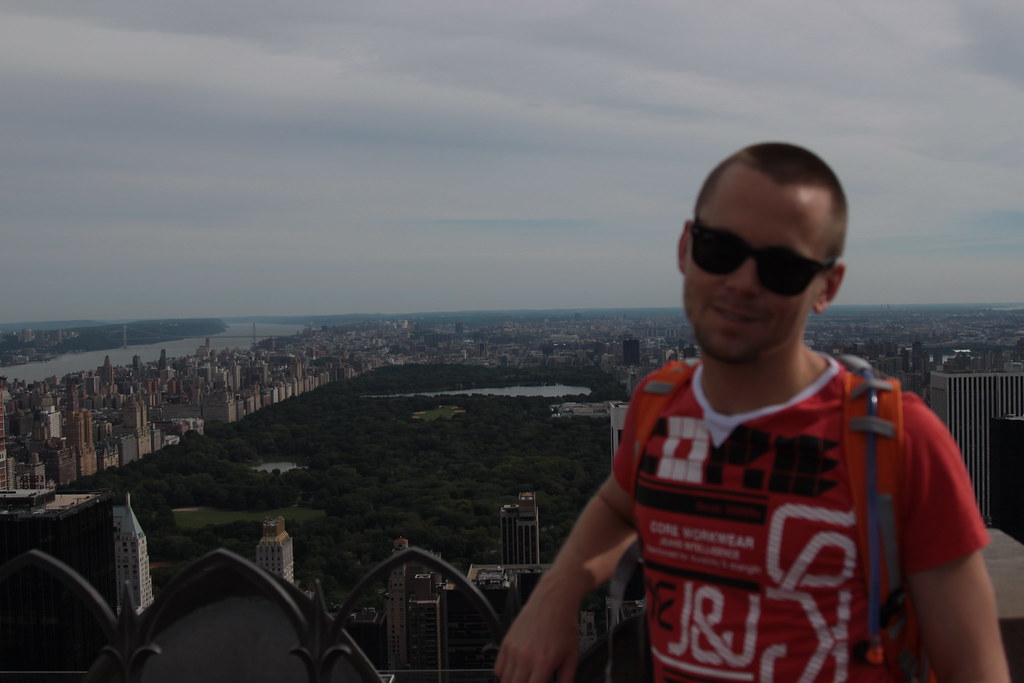 B&H Photo Video Digital, this store is to adults (who love all things photo, video and/or digital) what Toys ‘r Us is to kids. They have everything and conveyor belts to ferry your goods all around the store so when you get to the checkout ready to set your credit card on fire it’s all there waiting for you. Check out the video on their website, it doesn’t really do it justice but it gives you an idea of what it’s like.

After that experience and pumping a decent amount of cash into the U.S. economy we were off to meet friends for lunch at the Bourbon Street Grille, the food was spectacular and the company was splendid. A great way to end the trip.

From there we just taxi’d back to the hotel, grabbed our bags and made our way to the airport for our flight back to Canada.

That I’ll do next time.

Software and technology enthusiast, focussed on pressing the envelope with emerging technologies.Brendan McKenzie on Twitter